The Road To Damascus

I guess it is time for the war in the Middle East to erupt...But there is some essential wisdom from Tupac..."Before we find world peace
We gotta find peace in that war on the streets" 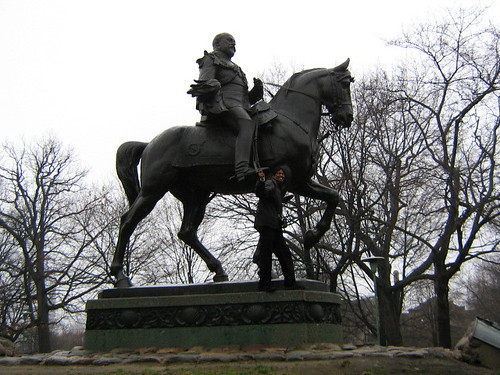 The steets of the world from New York and 9/11, Beirut, and Gaza to the Southern borders of Israel call for revenge against those that have killed their
people in order for their future to be brighter.  But they must not recognize the irony that this retaliation will result in a darkening of their hearts.  And the door
closing on peace in their hearts means the door closing on peace outside their hearts, on the streets, and outside their borders.


Retaliation will only bring escalation...And yet in the hearts of those involved there will only be a hatred and pain.  The deaths of their enemies rarely ease that.
One soldier's kidnapping will start this war...of course it is a Israeli love of their soldiers that prompted this all out strike...Not a general even.
I wonder if there is that love in North Korea or China...who knows why people are different...Why Lebanon has a GDP of 29 billion to Israel's 218 billion and if ever
it seems helpless to those in poverty to gain the ear or hearts of anyone of consequence. The only attention seems to be from the sound of a gun.

Is anything equal, fair, or just in war? Terrorists seek to bring terror...will the fact that one soldier's kidnapping causing such terror result in more kidnapping? Well Hezbollah has answered the call on that question. And if the other nations of Iran, Syria and then America
get involved...It will be the Canadian soldiers that are already facing the deadliest times in Afghanistan who will be involved in this entire middle east conflict.

Lo and Behold the terrorists and their crude bombs blowing up the innocent...Lo and behold
the jet fighters bombing Beirut, and more people dying...But is the crudeness of the weapon and the fact that it's not a sanctioned army make it more terrifying
to the civilians on the street than those bombed by the newest jet fighters?

And I know if ever the troops and tanks of Damascus attack...it will begin one of the deadliest conflicts in my lifetime indeed.

Civilian deaths in Iraq have reached 40,000, Civillian deaths in Lebanon, Palestine, Israel will no doubt escalate soon. It is our interests that prompt our action.
It is our interests that really questions our Humanity...when we decipher that instinctually we would revenge rather than have an interest in peace in the short term
do we recognize the flaws of our humanity. Unless we find a way to prevent a feedback loop that has grown for years and years to erupt with modern technology,
we as a world are doomed. Yet is the people on the street that ultimately produce the death and carnage. No american truly understands the situation unless they
live through years accumulating 40,000 deaths. No israeli would no poverty when the Per Capita income doubles that of Lebanon. No one can understand truly
the terror and loss of a terrorist attack unless they are involved. And then their interests change...


But their interests have changed from peace to hatred and wrath...cuz everyone wants world peace...until they want the head of someone who has taken their
peace away.

Oh my name it is nothin'
My age it means less
The country I come from
Is called the Midwest
I's taught and brought up there
The laws to abide
And that land that I live in
Has God on its side.

Oh the Spanish-American
War had its day
And the Civil War too
Was soon laid away
And the names of the heroes
I's made to memorize
With guns in their hands
And God on their side.

Oh the First World War, boys
It closed out its fate
The reason for fighting
I never got straight
But I learned to accept it
Accept it with pride
For you don't count the dead
When God's on your side.

When the Second World War
Came to an end
We forgave the Germans
And we were friends
Though they murdered six million
In the ovens they fried
The Germans now too
Have God on their side.

I've learned to hate Russians
All through my whole life
If another war starts
It's them we must fight
To hate them and fear them
To run and to hide
And accept it all bravely
With God on my side.

But now we got weapons
Of the chemical dust
If fire them we're forced to
Then fire them we must
One push of the button
And a shot the world wide
And you never ask questions
When God's on your side.

In a many dark hour
I've been thinkin' about this
That Jesus Christ
Was betrayed by a kiss
But I can't think for you
You'll have to decide
Whether Judas Iscariot
Had God on his side.

So now as I'm leavin'
I'm weary as Hell
The confusion I'm feelin'
Ain't no tongue can tell
The words fill my head
And fall to the floor
If God's on our side
He'll stop the next war.