This is the holy month of Ramadan on July 4, 2015.  First I love God "the righteous guide" the merciful and compassionate!.  I am finished with these stupid religious wars and Jihads and Crusades that start injuries, deaths and lies.  Men use their devilish tongues with the name of twisted beliefs that are faulty ideas of God, Christians are in Crusades and Muslims have their Jihads in the name God and we both have murders and killed innocents as caualties of war,  Every human man knows that murder is the primal sin and do not take any human being's life - that God willed to be sacred".  We must have utmmost preccaution so that any living being has tried to save anyone's being or harming others .

In 4000 BC  has started since Abraham and his children were supposed to be with two Isaac and Ishmael as brothers who are loved together.  The birth of Ishamael was the oldest son of Abraham and mother Hagar; and Isaac was mother's Sarah had some sins of these mothers Sarah and Hagar.  They became jealous, envy, wrath and pride for both of these women because they hated each other, the jihad when we started to forget God and chose two brothers.  These two brothers and their parents were a broken family that has created a chasm of the whole world.  With those great Religions of Islam and Christianity have had Billions of followers who have these prejudices and animosity.

Like Cain was the oldest son of Adam, he was in the first Jihad who was fighting for God even for the murder of Abel.  This murder was the primal sin that he believed God would not disobey his brother's death.  But we must understand that God does not favour one human or another, we all have purpose and if we know that if we can prevent sins like wrath, greed, sloth, pride, lust, envy, and gluttony then we can find a peace in your mind and soul.

God is merciful and compassionate like Mary of Jesus and Isa and the prophets have only guided by God to find truth so that everyone becomes destroying ignorance and reaching enlightenment, truth and knowledge is the greatest Love that God has given the humankind.  Truth is the only light that destroys the darkness and saves our souls with God's grace.  Forgiveness is the greatest kindness that God gives to anyone this charity, devil or angel always lives with God's Kindness in our heart even Satan's understands the seven virtues chastity, temperance, charity, diligence, patience, kindness, and humility.  For these are no Angels or Demons but humans, even the prophets and their ancestors of Adam have always been in sin since Eden.  We must remember that God's grace comes only short times and most of the time we are in the wilderness, in despair when God is not there and we are given the present of choice.  We are not angels, demons, prophets but Humans who kill, lie, steal, cheat, and most importantly we are filled with Hubris and we struggle to become Godly without treating arrogant to others.

The golden rule, that a human must always keep as a rule is that we must care like their son or daughter as a parent, keep that love in each other's heart and peace for all even when revenge is so easy.  God's children are not needed old dogmas but the enlightened, truths that make sense.  God makes sense more perfectly if only we understand that it is impossible for many groups to dissagree and ignorant.  There are not old commandments are needed, no Koran is needed, or the Bible but some better lives within in our God's virtues with every action and thought with our friends, foes or strangers.  The basic doctrines of early Buddhism, which remain common to all Buddhism, include the "four noble truths": existence is suffering ( dukhka ); suffering has a cause, namely craving and attachment ( trishna ); there is a cessation of suffering, which is nirvana; and there is a path to the cessation of suffering, the "eightfold path" of right views, right resolve, right speech, right action, right livelihood, right effort, right mindfulness, and right concentration.  This is what God needs now in this 21st century and forever Amen. 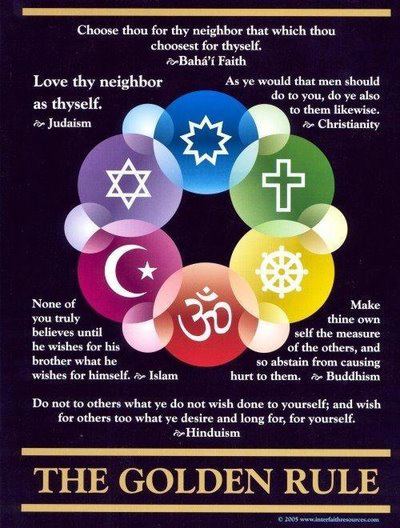 
Now I've been happy lately, thinking about the good things to come
And I believe it could be, something good has begun

Oh I've been smiling lately, dreaming about the world as one
And I believe it could be, some day it's going to come

Cause out on the edge of darkness, there rides a peace train
Oh peace train take this country, come take me home again

Now I've been smiling lately, thinking about the good things to come
And I believe it could be, something good has begun

Get your bags together, go bring your good friends too
Cause it's getting nearer, it soon will be with you

Now come and join the living, it's not so far from you
And it's getting nearer, soon it will all be true

Now I've been crying lately, thinking about the world as it is
Why must we go on hating, why can't we live in bliss

Cause out on the edge of darkness, there rides a peace train
Oh peace train take this country, come take me home again

This is the holy month of Ramadan on July 4, 2015.  Firrst I love God "the righteous guide" the merciful and compassionate!, but I am finished with these stupid religions and war and Jihad and Crusades but start war, kill and lie with the name of God, Christians are in Crusades and…

This is the holy month of Ramadan on July 4, 2015.  Firrst I love God "the righteous guide" the merciful and compassionate!, but I am finished with these stupid religions and war and Jihad and Crusades but start war, kill and lie with the name of God, Christians are in Crusades and…